These days, the Jubilee kicks off with a children’s parade in historic downtown Angels Camp, and loads of classic fair events (including classic fair food, carnival rides, live music, goofy competitions, livestock, rodeo, opportunities to sample award winning local wines and agriculture) all while taking part in the namesake event–frog jumping. Frog jumping happens all four days of the event, with the final day featuring the last day of frog jump challenges (including the International Frog Jump finals). This epic weekend culminates in the well loved Destruction Derby, Sunday evening which is towards the end of the last day of the fair. Be sure to bring a blanket or lawn chairs to relax with friends and family and watch the events.

How to Jump a Frog at the Calaveras County Fair

When and Where Does the Frog Jumping Take Place?

The Frog jumping competition runs throughout the full four day span of the fair, the third weekend in May every year (Thursday through Sunday). The Frog Jumping Competition takes place in two side-by-side locations at the Calaveras County Fairgrounds (which is also known as Frogtown) in Angels Camp, CA, The Main Stage is where the competition takes place, and the smaller Lily Pad stage is great for anyone wanting to jump a frog without the pressure of competition. First timers sometimes practice on the Lily Pad stage before their jump time on the Main Stage. Contestants of all ages are welcome to participate at both stages.

How to Jump a Frog

Did you know you can’t train a frog? That’s right! It’s up to contestant frog jockeys to learn what the frog needs to be able to go the distance. (Catch a sneak peak at Secrets to the Frog Jump here). Professional Frog Teams travel from all over the world to compete. Each contestant will place their frog on the starting lily pad and sing, leap, dance, whistle, stomp, yell, or blow to get their frog to begin jumping–but whatever you do, remember that in order to qualify, once your frog is on the starting lily pad, you cannot touch the frog.

Once the frog begins to jump, a good frog jockey knows to attempt to get the frog to continue moving forward in a straight line, since the final distance will be measured from the starting lily pad in a straight line to the final landing position the frog made in it’s third jump. So if your frog jumps in a circle, even if it’s a REALLY big circle, that would count as zero feet.

Winners each year can expect a a cash prize, a handsome brass plaque commemorating their win embedded in historic downtown Angels Camp’s Frog Hop of Fame and a commemorative trophy. When you win, the brass plaque will be engraved with your name, the name of the frog you jumped, the year and the distance of your frog’s “jump”. In addition, if you beat the world record (currently held by Lee Guidici whose frog Rosie the Ribiter,  jumped 21-feet, 5-3/4 inches in 1986) you would not only replace Guidici as world-record holder and receive international media attention and a $5,000 cash prize, but you would also receive a brass plaque in the Frog Hop of Fame.

So how the heck did one little town in the Gold Rush come to have an International event that draws 30,000 to 50,000 visitors from all over the world? Why it all started with Mark Twain of course. Read on to learn more!

The first Calaveras County Fair took place in Copperopolis in 1893 making it one of the longest continually running fairs in all of California. However, it wasn’t until the early 1930’s that the International Frog Jumping Jubilee merged with the Calaveras County Fair. But to learn that story, we’ll have to travel back in time to the mid-1800s, during the height of the Gold Rush.

You see, during the Gold Rush there wasn’t much to do in the way of familiar entertainment for the 49ers, so some of the more rowdy men would get drunk, and find anything and everything to bet on. One of the things that they sometimes bet on was who could capture a frog that would jump farther than anyone else’s frog. Fast forward to Mark Twain’s time in the area in the 1860s, during the tail end of the Gold Rush.

Twenty-nine years old, and still known as Samuel Clemens at the time, Mark Twain was deeply in debt (having been fired from one too many newspaper jobs), and was fleeing the Civil War in the South, staying with a friend in a cabin in Tuttletown while hoping to change his luck with pocket gold mine adventures. It was here in the Motherlode, completely immersed in the story telling culture of the gold rush, that Sam found his true calling: fiction writing. No, Samuel Clemens didn’t find gold, but he did strike it rich in Angels Camp, CA, when he overheard a local bartender absolutely butchering what could have been a hilarious story about one of these informal frog jumping competitions. Samuel Clemens thought to himself, if I can recreate this story, exactly as that man told it, I am going to be famous, and the rest is history.

The story, first published in book format in 1867, later became known as The Celebrated Jumping Frog of Calaveras County. This tale from the Gold Rush launched Twain’s career not only across America, but all around the world, putting Mark Twain and little old Angels Camp and Calaveras County on the international map.

After that publication, it wasn’t until the celebration of the first ever road paving in Angels Camp, CA  in 1928 that local residents, many of whom had personal connections to Mr. Twain, felt inspired to celebrate this seminal moment with its first, annual, international frog jumping contest to mark the auspicious occasion. This first frog jumping contest was such a hit, that two years later, the County Fair and frog jump were merged into one event and first held at their permanent home at the Calaveras County Fairgrounds in Angels Camp, CA. With a long and storied history, you too can become part of the living legend that continues to this day with an average attendance of 30,000 to 50,000 visitors throughout the four day weekend. 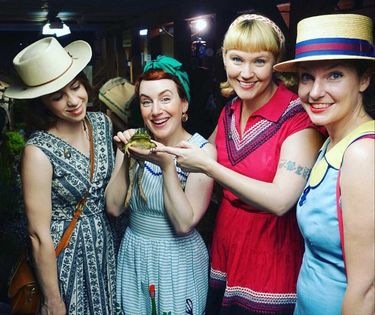 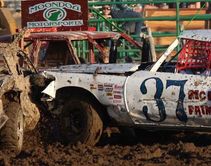 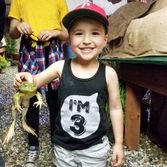 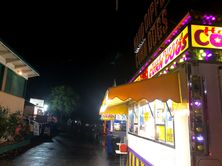